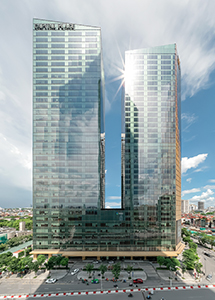 Vietnam has risen to become one of the region’s greatest economic success stories, with its coastline, highlands, jungle and abundance of natural resources helping to bolster its rapid industrial development. Central to this success has been the country’s ability to leverage all of its advantages on the ongoing economic liberalization, and government initiatives to restructure number of state-owned enterprises to attract billions of dollars of foreign investment.

Our first branch in Vietnam opened in Saigon (Ho Chi Minh City) in 1920. Hanoi Representative Office, which was opened in 1994, was converted into a branch in 1998 followed by its fully independent status in 2014. As of December 2017, Hanoi branch is home to more than 130 staffs

General information for our customers

Documents with this mark are adjusted for Adobe Reader.