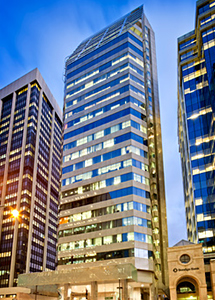 While the world economy undergoes a sustained period of instability, the Australian economy has remained remarkably resilient, due primarily to a booming mineral export trade, especially with China. The Australian banking system continues to be robust, while many international banks, particularly from Europe, have retreated to their home markets.

With a history in Australia of supporting Japanese and Australian companies for decades and a growing branch network that now includes Perth, MUFG Bank, Ltd. is well positioned to assist local customers with an expanding range of financial products and services.
In 1957 predecessor company the Bank of Tokyo opened the Sydney Representative Office. The office became a branch in 1985 and was restructured to form The Bank of Tokyo-Mitsubishi UFJ, Ltd. (current MUFG Bank, Ltd.)'s Sydney Branch and Melbourne Branch in 2006. Our Perth Branch opened in April 2012.