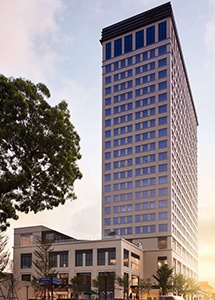 Cambodia's economy has been growing rapidly in recent years due to infrastructure development and socio-political stability, which have contributed to growth especially in sectors such as tourism and the apparel and footwear industries. Companies in neighboring countries have begun looking into the establishment of a regional supply chain that includes Cambodia. Total investment from Japanese companies has also reached a record-high in 2016 and is expected to grow.

MUFG first established a presence in 1956 in Phnom Penh, Cambodia's capital city, and reopened in February 2012 following the Paris Peace Accord in 1991 and improving socio-economic conditions within the country.